When you play any sports, it is better to know the rules of the game, otherwise you can’t play it, and there is no way you can enjoy it. To know about how this world works and to live with it, it is called the practice of Dharma in Buddhism.

So, today’s theme is “Quantum Theory”. But just to let you know, I’m not a specialist or professor of quantum theory, I’m just an ordinary guy who only graduated high school, which was more than 30 years ago, and lately I have had an interest in quantum theory and started studying it. During studying this by myself, I find it interestingly similar to Mahayana Buddhism

Classical physics (Mechanics, electromagnetism, thermodynamics, etc.) are able to explain the world that people can see and touch. Quantum theories have emerged to explain the results of various experiments made from the development of machine’s sensors for micro and macro scales. that couldn’t be explained before by classical physics.

Quantum mechanics explains that a quantum has particle and wave properties. Sometimes they act like a particle and sometimes act like a wave. Both are the true essence of existence.

It is connected to non-existence too. When a quantum is observed, then it appears as a particle. When it is not observed, it acts as waves, or sometimes explained as “possibilities”, then when it is observed, converges to a particle.

Same as physical – spiritual. When you concentrate on physical things, matters, materials, something you can see and touch, then you are out of touch with spirituality. Spirituality is an ability to believe something invisible and that greater things exist.

Tunnel effect, in classical physics, is that if there is an energy barrier, you have to have a bigger energy to go through that barrier, or you can say it is a wall. But in quantum mechanics, it goes through that wall sometimes, like through the tunnel.

It is called “O-Cho” in Buddhism. Sometime, there is a big wall in your life, which you can’t get through, as an obstacle in your life, or a challenge or an attachment or karma, but you can jump through these barriers by erasing your ego, by letting your inner Buddha(God) make your actions, you can get through something you thought was impossible.

Quantum entanglement could be explained like this: one particle split into two particles, those two particles are connected to each other. It doesn’t matter how far they are separated, even separated by another galaxy, far far away, when one of the particles changes, then the other particle, it’s twin if you like, changes in/at the same moment.

Same thing you can find in the Flower Garland Sutra, “Issoku Issai, Issai Sokuitsu” meaning “One is all, all is one in the moment”.

This Universe started from the Big Bang, so, we all came from one particle, of course we are connected together and affect each other in every moment.

As I started to study and experience those Dharma, rules of life, I enjoy diggin more about how this world works and the more I learn, it becomes so much easier to live and play this game.

Let’s study, play and enjoy the game of life! 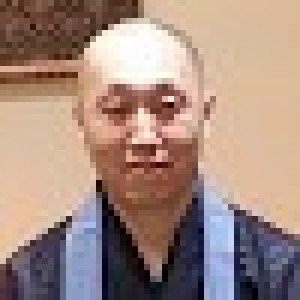